I first visited Copped Hall as part of a school project on tourism in the local area. I don’t really remember much about this first experience of the magic of Copped Hall, but I do remember being shown round the gardens at the time, marvelling at how much beauty could be in one place.

Of course, as a teenager my attention was inevitably drawn elsewhere, until many years later when I was drawn back in! I got to know Sylvia Keith whilst working in a local restaurant in Epping. From there she got to know about my love of heritage and history, which had developed and been strengthened through studying a degree in history at the University of Kent. When I moved back to Epping at the end of my studies (and the obligatory trip around the world) Sylvia asked me if I would like to train as a tour guide at Copped Hall. I had not been back to the project since that school days visit and I could not believe how much hard work had been undertaken by all the volunteers! I immediately fell in love and was reminded of the magic that I had felt all those years ago.

I trained with Sylvia and Vic Knope as a guide and since then my involvement with the project has spiralled. I joined the Committee of the Friends of the Copped Hall Trust soon afterwards I became part of what some might call the ‘new generation’, passionate about bringing new audiences to Copped Hall and expanding our reach to those people who might not find us with the so called traditional methods. I set up and maintain our Facebook and Twitter accounts as well as working with other members of our publicity sub-committee to send out e-bulletins. Publicity and social media are important components of our tool kit, and sharing Copped Hall with people of all ages is something that will take us further into the future. Last year I was working for The Prince’s Regeneration Trust (which helps projects like Copped Hall) in a communications role.

I have seen how these tools have helped projects like ours (although nothing is really like Copped Hall). It’s all about getting the word out and people coming to visit! It was in that role that I had the idea for getting involved with Museums at Night. We are always trying to think of new events to attract people and the idea of an evening event seemed like a great one. It took quite a lot of organising, but with the support of lots of the volunteers and of course, organising the event with Alan Cox, made sure that it was a great success. My specialism at university was Georgian history and I have always loved the social history of this period. Alan and I wanted to showcase what Copped Hall would have been like in the first years of its life. We signed up the Covent Garden Minuet Company for dancing, a harpsichordist and a troop of professional actors (as well as some of our wonderful volunteers!) to show how the principal floor would have been used in 1763.

The night itself was very well received by the audience who came along and enjoyed by all. Alan and I have already started to plan the 2015 event, which is very exciting! There are so many things that I love about being part of such a wonderful project. We have an amazing set of volunteers who work flat out at everything they do, everything is a team effort. Mostly I am excited about what the future will bring and how we will adapt in years to come. Seeing the restoration process develop over time has been a marvellous experience; and even though there is much to be done, the finishing line is in sight! This year I will become Vice-Chair of the Friends, supporting Vicky Hoskin in her new role as Chairwoman. I am very excited about what the future holds for our new committee and for Copped Hall, I certainly expect myself to be involved for many years to come. Quite honestly, the magic of Copped Hall is very hard to resist. 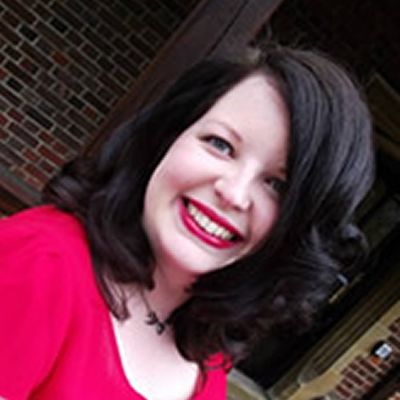