REFLECTIONS ON A BUILDING TEAM VOLUNTEER

I joined the Copped Hall as a volunteer after taking a tour led by Jane in November 2016.  We watched several dust-covered men emerge from what I later learned was the room holding the ladder to the second floor.  I was intrigued by what I saw.

As a former carpenter and current building surveyor specialising in historic buildings conservation, I was familiar with some of the challenges daunting the trust and its volunteers.  I have been a trustee for several conservation orientated charities in the US.  However, it’s one thing to make the plans and raise the funds for a project.  It’s another thing to lay your hands on the bricks, blocks and dusty timbers.

I joined the building team and enjoyed every Sunday as we mucked in together, took tea and generally enjoyed each other’s company.  I was experiencing the secret to Copped Hall’s success.  There is a wonderful, palpable esprit de corps.  Even though we were hauling dirty materials around the building, you knew you were achieving something, bit by bit, and doing so with other like-minded, good people.  It never felt like work.  It wasn’t a chore.  We were in it together, serving the greater good, and having a laugh as often as not.

Alas, I had to return to the US, cutting my tenure short.  I will always remember my time at Copped Hall fondly.  You’re doing good, as we say in the States.  Or, perhaps more properly, well done! 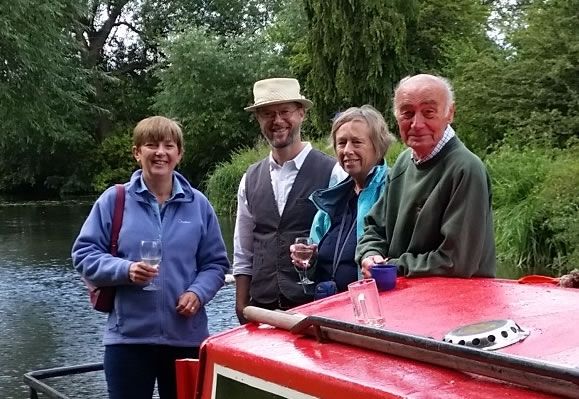