When the Trust finally acquired Copped Hall, the priority was to secure the site from vandals and trespassers. Initial focus was on restoring the Ancillary Buildings (such as the Link Building and Diary) so that they could become high quality apartments. When work started on the Mansion and wing, the priority was to stabilise the walls and chimneys and waterproof the structure. The fire in 1917 and subsequent demolitions had removed almost all the floor and roof structures which previously tied the walls and chimneys together. Step by step and volume by volume we have reinstated these missing structures – extensively re-building the walls where required and re-establishing the roof (albeit with a temporary waterproof covering). The collapsed chimney has been rebuilt and its elaborate cap replaced. Almost all of the windows have been installed on the first floor as well as a number of windows on the second floor. The Portland stone staircase has now been rebuilt up to the first floor and a new landing recreated. All rooms on the ground and first floor are accessible and are extensively used for tours and events. The wing already provides accommodation for our Educational projects, including school rooms and exhibition spaces. The State Hall on the first floor has now been restored to 1758 condition, giving our visitors a taste of our ambitions for all the rooms within the Georgian Mansion. 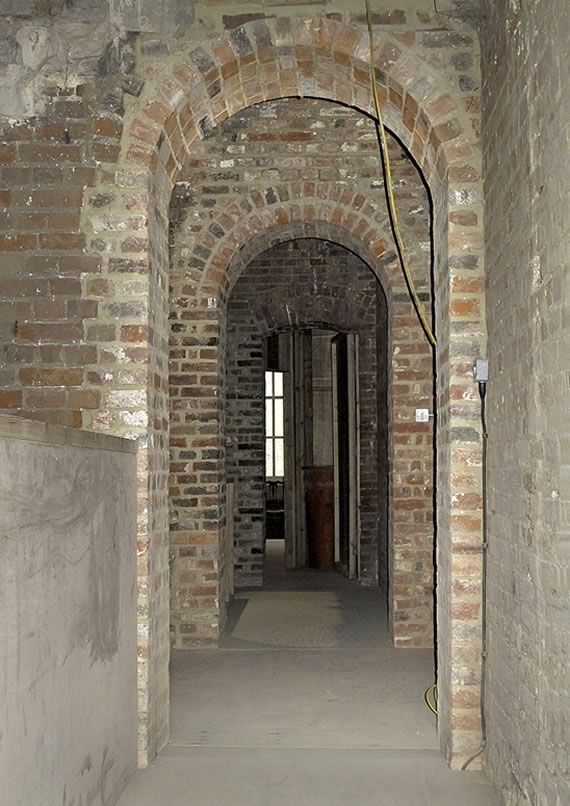