The Wildlife of Copped Hall

Copped Hall is situated between the northern aspect of Epping Forest and agricultural fields. It is regarded as buffer land, a special place for conservation where wild creatures can move between various habitats. The wildlife that may appear is rarely numerous but it is diverse and consists of both resident and migratory species.

Approximately 25 acres of gardens are owned by the Trust which includes a 4 acre walled garden with a pond and a prevailing temperature around 4oC higher than the lands around. Not only warmer but offering some protection for prey species from their predators. It is this diversity of habitats and food sources which accounts for the many species supported.

The walled garden and long border

The long border runs the length of the southern edge of the walled garden and can be bathed in sun all day. It is very warm and supports a prolific display of flowers throughout the season. In turn these attract numerous invertebrates which include butterflies and moths and their caterpillars. Many moths are nocturnal and it is fascinating to set up a moth trap and discover just how many are on the wing when we have all gone to our beds. Those illustrated are elephant hawkmoth and a buff tip which is included for its remarkable camouflage but there are many others. 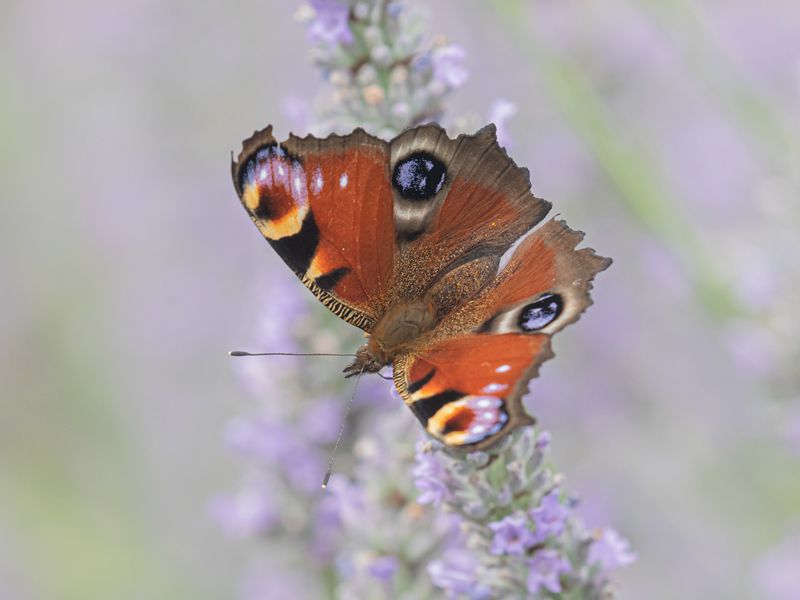 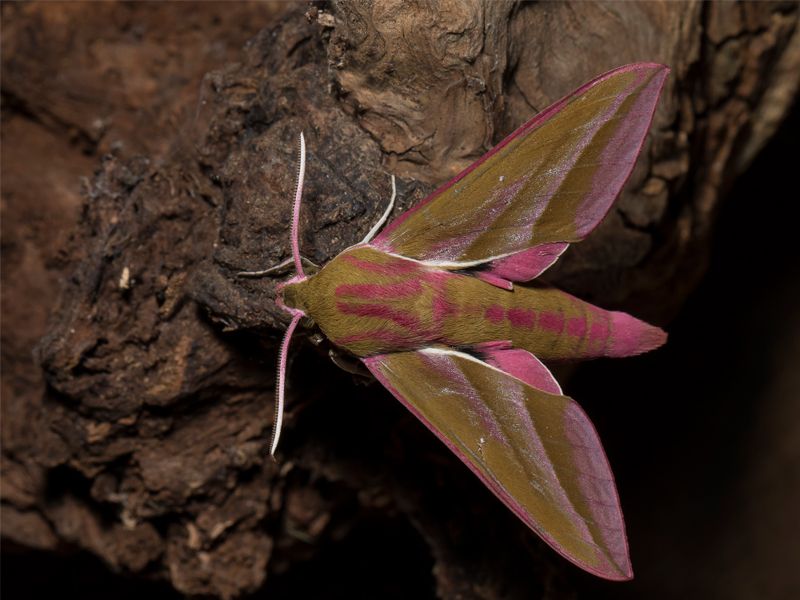 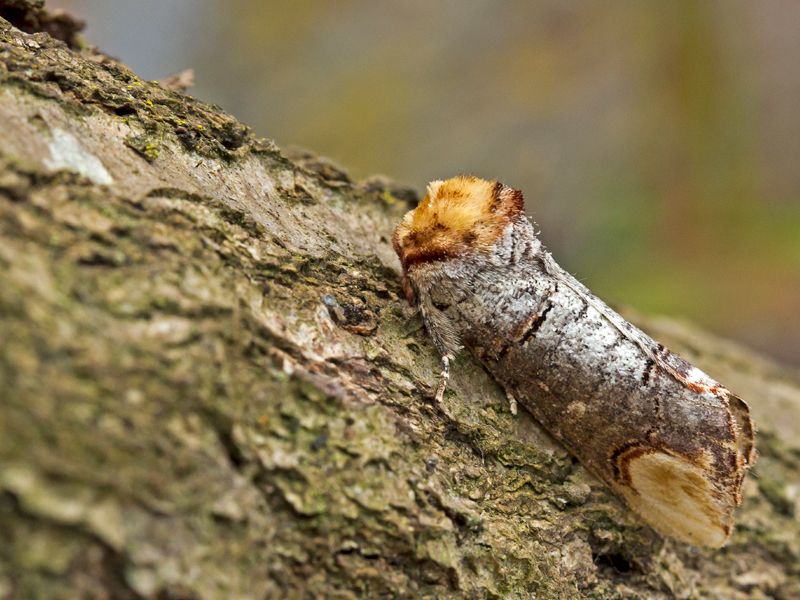 Moving into the walled garden there are more insects, this time in the shape of hornets shown here with a greenbottle for a size comparison. The hornets are very fond of the pears which line the main entrance path and the flies try to take a share. They are wise if they wait their turn. In spring the garden is only beginning to come out of winter but the red-legged partridges start to seek out nesting places. One year one of the gardeners reported that he had seen English partridge. Sadly these are very rare these days but sure enough there was a small family who stayed in the walled garden through one March and were kept busy scratching through the leaf litter under the raspberries. 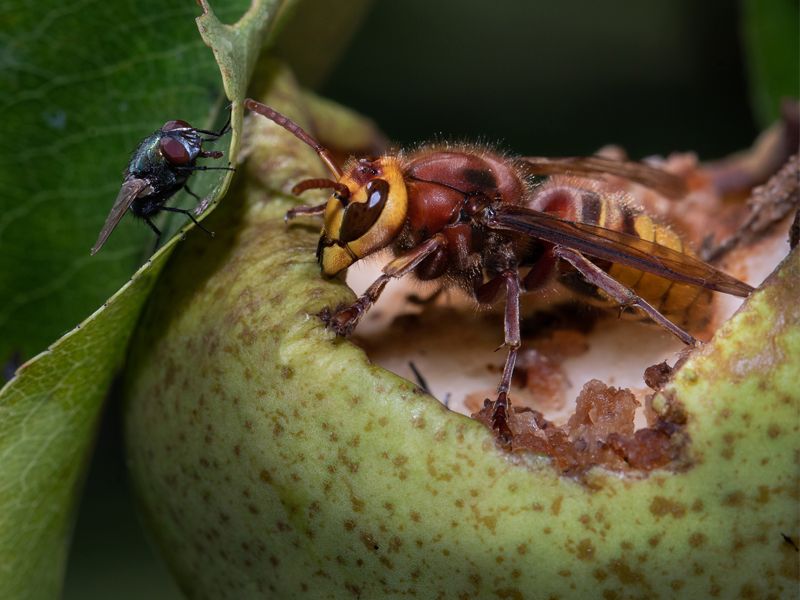 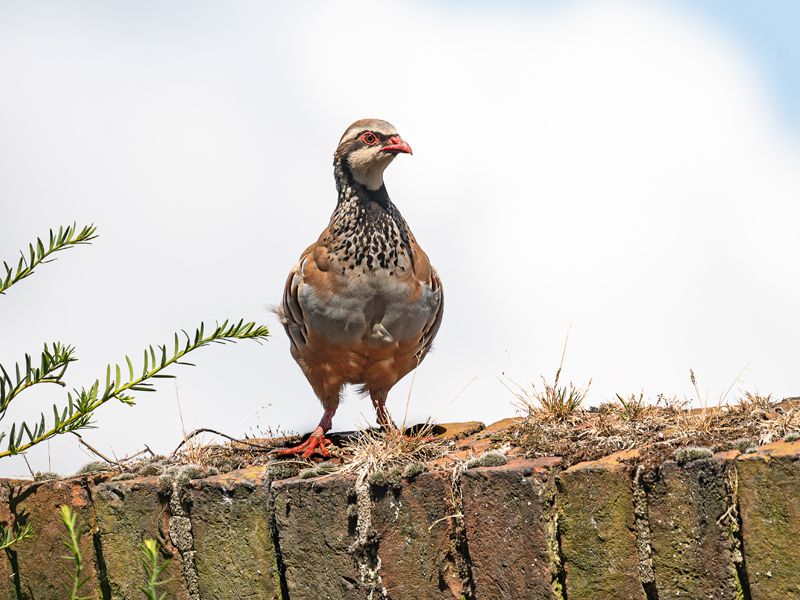 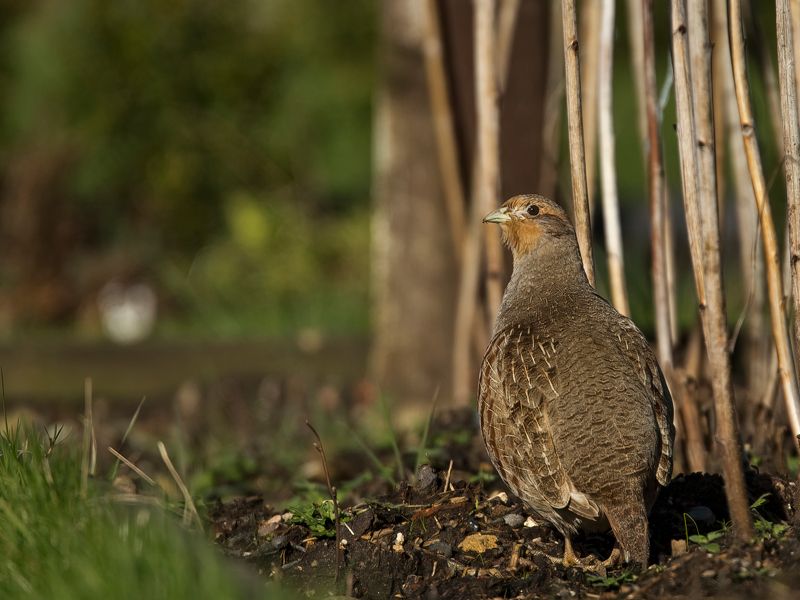 Later in the spring, green woodpeckers become regular visitors to the lawns in search of ants and for the last 2 years, little owls have bred above one of the old vine houses. 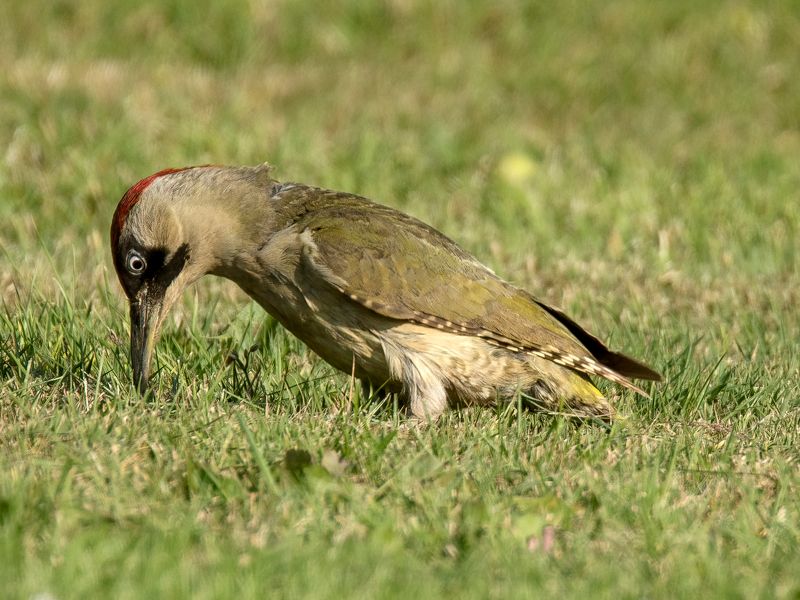 From late spring through summer, the main interest falls on the pond which would originally have been used to keep freshwater fish prior to serving at top table. Now it is home to amphibians – common and great crested newts – a few toads and their nemesis, grass snakes. The snakes are known to breed in the gardens because the volunteers occasionally disturb tiny young. The adults can grow to 3 feet in length and are capable of swallowing a large toad whole. 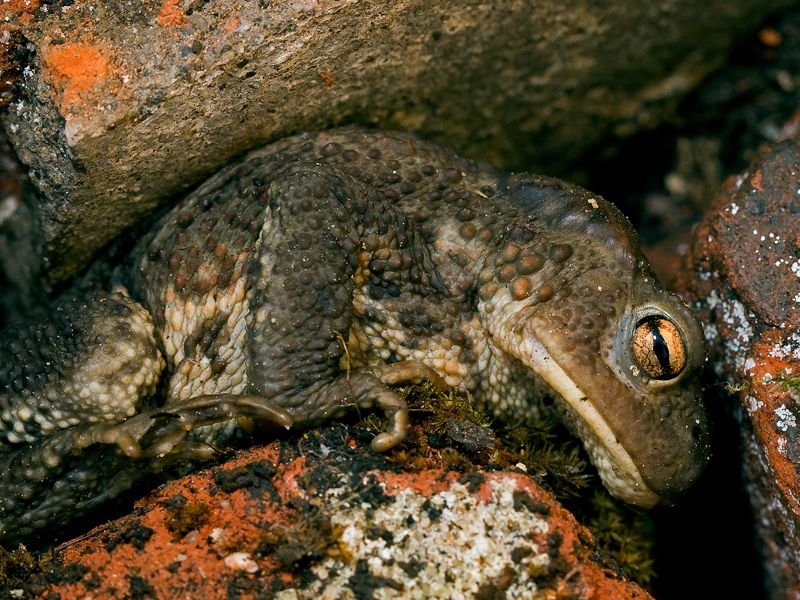 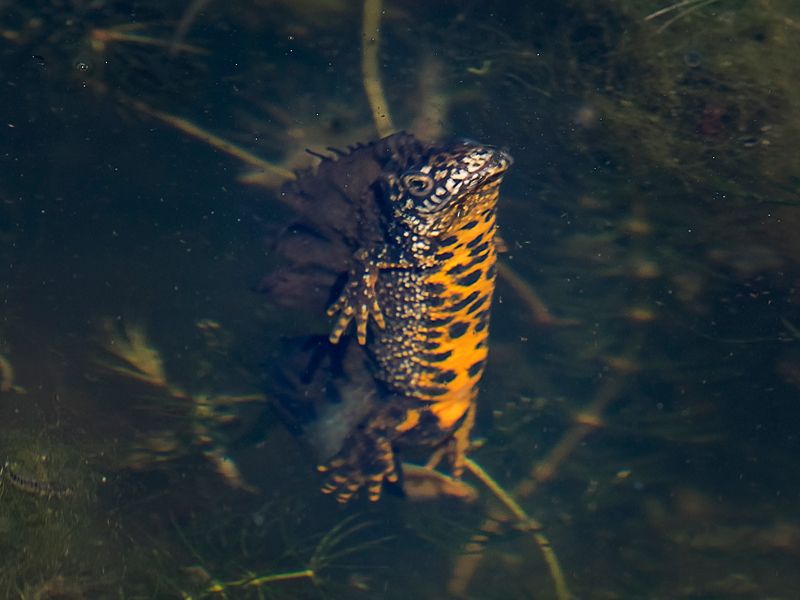 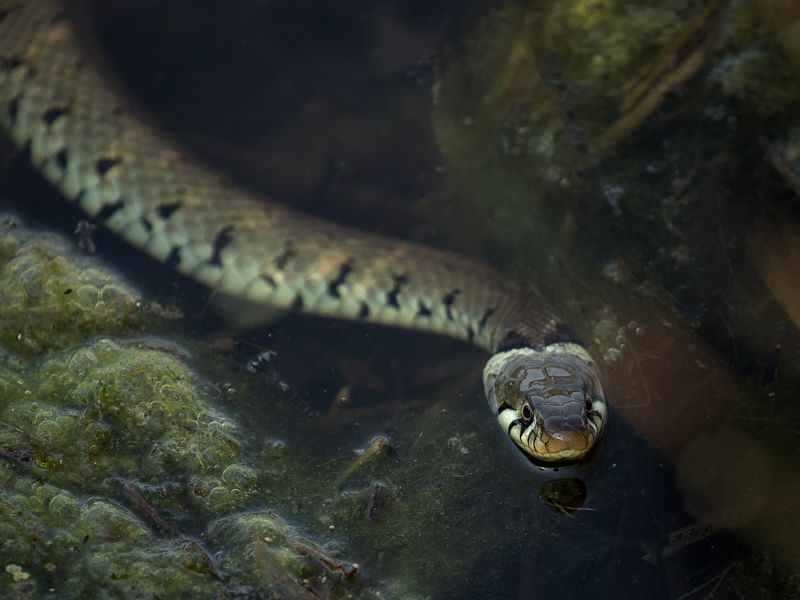 The other major interests during the spring and summer months are the dragonflies and damselflies and the pond is associated with about 14 different species. Each is highly territorial as the picture of an aerial dispute shows. In these exchanges size is of no consequence and the smaller darter has no qualms about flying straight at the larger emperor. A careful watch lets one see the larvae emerging from their aquatic base which has served them for perhaps 2 years. Neither dragonflies nor damselflies pupate but instead the adult emerges almost fully formed from the larval case known as the exuvia. Almost fully formed because their wings are still tightly coiled and need to fill with their equivalent of blood before they can take off. At this stage they are vulnerable to predation by birds, snakes or even wasps so they tend to emerge at night. The young mallard ducklings which hatch every year on the pond are particularly adept at catching them. 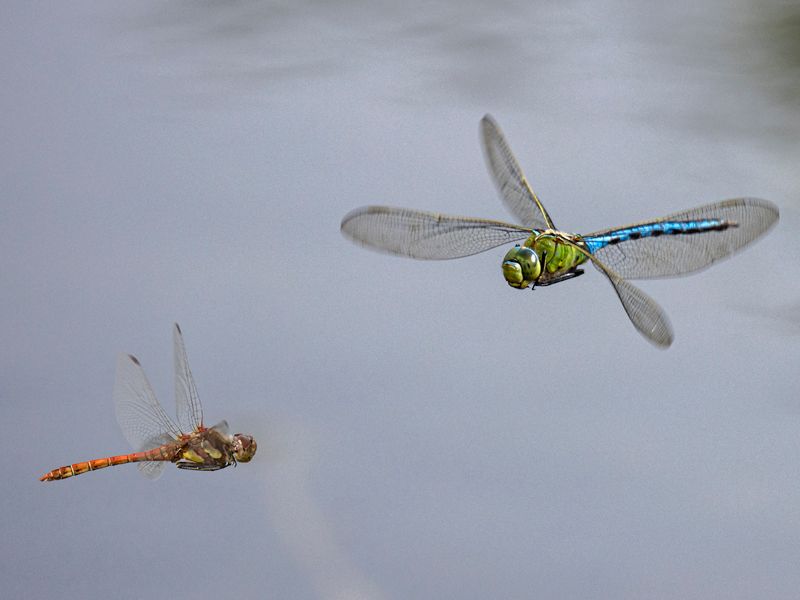 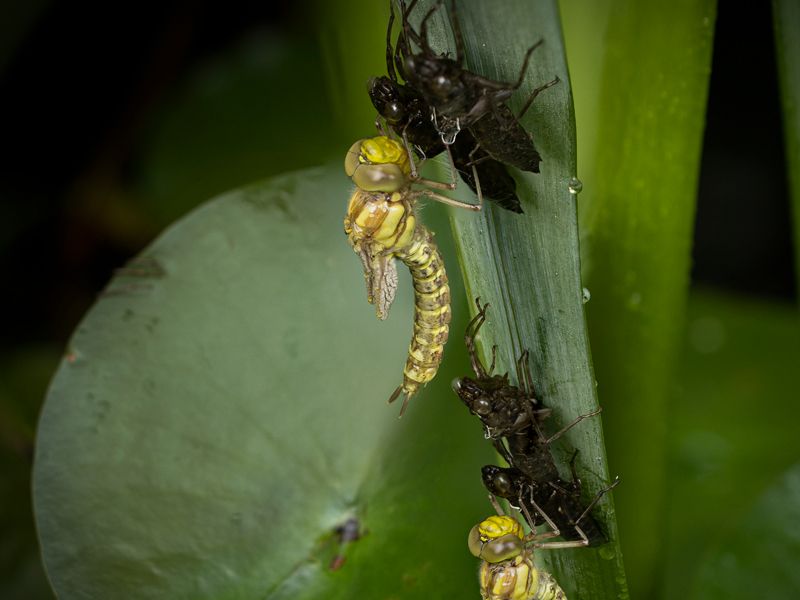 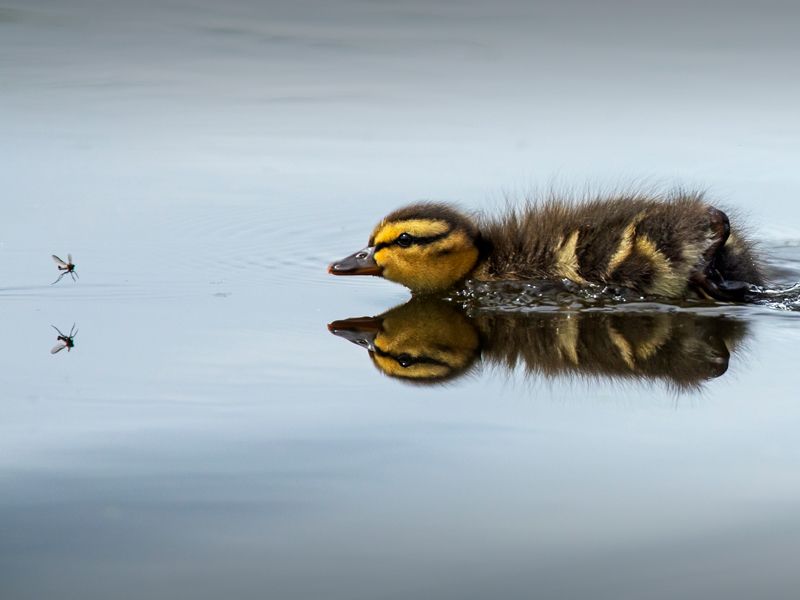